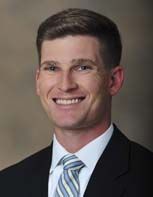 Jonathan Oshinski is a Pinecrest alumnus (Class of 2010) and currently serves as the Varsity Girls Basketball Head Coach and Middle School Baseball Coach.
As a student, he played four years of varsity basketball and baseball and received a number of accolades in both sports. After graduating from Pinecrest, Oshinski attended The University of Georgia and earned his Bachelor’s degree in Health and Physical Education. In addition to his studies, Oshinski served as a team manager for the UGA women’s basketball team and Hall of Fame coach, Andy Landers, from 2013-2015. In the fall of 2015, he began working as an assistant coach for the Varsity and JV Girls Basketball teams at Oconee County High School.Upon returning to Pinecrest in 2016, he coached the 7th grade boys’ basketball team to win the Metro-10 Championship. In 2017, he coached both the 7th and 8th grade boys’ teams and reached the championship game again with the 8th grade boys. Oshinski also coaches middle school baseball and has recently completed a Master of Science degree in Kinesiology with an emphasis in Coaching Education from Georgia Southern University.
Back